ARM YOURSELVES, AND BE YE MAN OF VALOUR 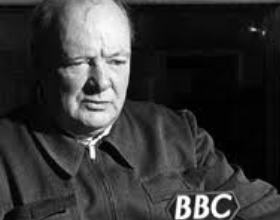 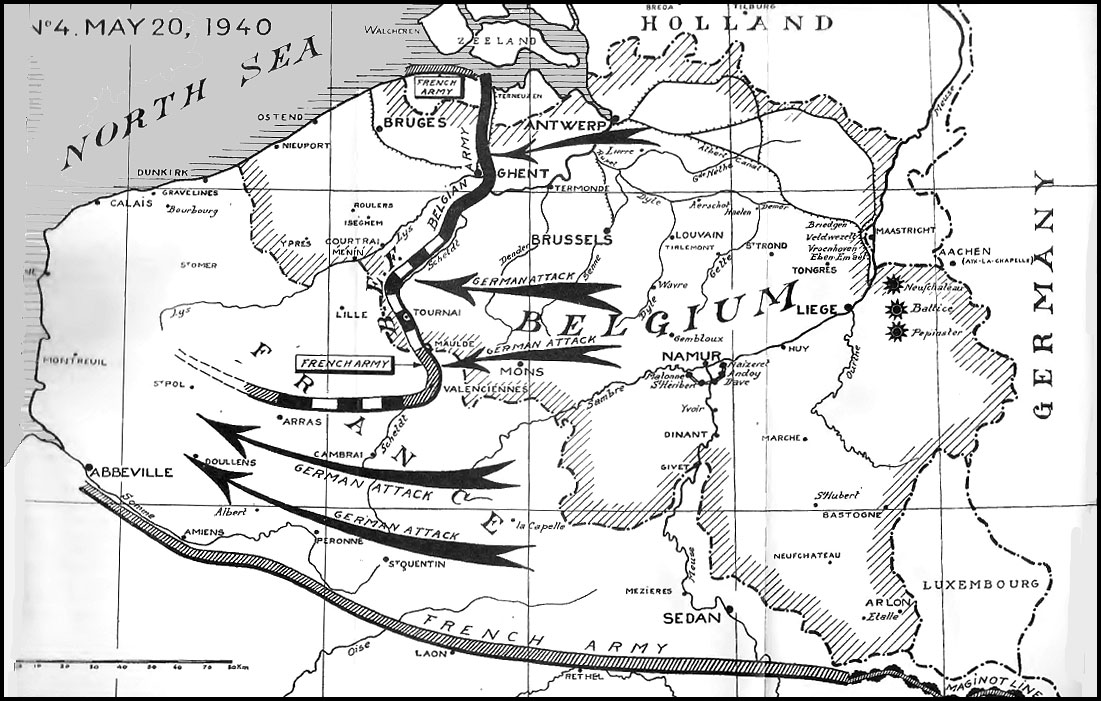 I speak to you for the first time as Prime Minister in a solemn hour for the life of our country, of our empire, of our allies, and, above all, of the cause of Freedom. A tremendous battle is raging in France and Flanders. The Germans, by a remarkable combination of air bombing and heavily armored tanks, have broken through the French defenses north of the Maginot Line, and strong columns of their armored vehicles are ravaging the open country, which for the first day or two was without defenders. They have penetrated deeply and spread alarm and confusion in their track. Behind them there are now appearing infantry in lorries, and behind them, again, the large masses are moving forward. The re-groupment of the French armies to make head against, and also to strike at, this intruding wedge has been proceeding for several days, largely assisted by the magnificent efforts of the Royal Air Force.

We must not allow ourselves to be intimidated by the presence of these armored vehicles in unexpected places behind our lines. If they are behind our Front, the French are also at many points fighting actively behind theirs. Both sides are therefore in an extremely dangerous position. And if the French Army, and our own Army, are well handled, as I believe they will be; if the French retain that genius for recovery and counter-attack for which they have so long been famous; and if the British Army shows the dogged endurance and solid fighting power of which there have been so many examples in the past -- then a sudden transformation of the scene might spring into being.

It would be foolish, however, to disguise the gravity of the hour. It would be still more foolish to lose heart and courage or to suppose that well-trained, well-equipped armies numbering three or four millions of men can be overcome in the space of a few weeks, or even months, by a scoop, or raid of mechanized vehicles, however formidable. We may look with confidence to the stabilization of the Front in France, and to the general engagement of the masses, which will enable the qualities of the French and British soldiers to be matched squarely against those of their adversaries. For myself, I have invincible confidence in the French Army and its leaders. Only a very small part of that splendid Army has yet been heavily engaged; and only a very small part of France has yet been invaded. There is a good evidence to show that practically the whole of the specialized and mechanized forces of the enemy have been already thrown into the battle; and we know that very heavy losses have been inflicted upon them. No officer or man, no brigade or division, which grapples at close quarters with the enemy, wherever encountered, can fail to make a worthy contribution to the general result. The Armies must cast away the idea of resisting behind concrete lines or natural obstacles, and must realize that mastery can only be regained by furious and unrelenting assault. And this spirit must not only animate the High Command, but must inspire every fighting man.

In the air -- often at serious odds, often at odds hitherto thought overwhelming -- we have been clawing down three or four to one of our enemies; and the relative balance of the British and German Air Forces is now considerably more favorable to us than at the beginning of the battle. In cutting down the German bombers, we are fighting our own battle as well as that of France. May confidence in our ability to fight it out to the finish with the German Air Force has been strengthened by the fierce encounters which have taken lace and are taking place. At the same time, our heavy bombers are striking nightly at the tap-root of German mechanized power, and have already inflicted serious damage upon the oil refineries on which the Nazi effort to dominate the world directly depends.

We must expect that as soon as stability is reached on the Western Front, the bulk of that hideous apparatus of aggression which gashed Holland into ruin and slavery in a few days will be turned upon us. I am sure I speak for all when I say we are ready to face it; to endure it; and to retaliate against it -- to any extent that the unwritten laws of war permit. There will be many men and many women in the Island who when the ordeal comes upon them, as come it will, will feel comfort, and even a pride, that they are sharing the perils of our lads at the Front -- soldiers, sailors and airmen, God bless them -- and are drawing away from them a part at least of the onslaught they have to bear. Is not this the appointed time for all to make the utmost exertions in their power? If the battle is to be won, we must provide our men with ever-increasing quantities of the weapons and ammunition they need. We must have, and have quickly, more aeroplanes, more tanks, more shells, more guns. there is imperious need for these vital munitions. They increase our strength against the powerfully armed enemy. They replace the wastage of the obstinate struggle; and the knowledge that wastage will speedily be replaced enables us to draw more readily upon our reserves and throw them in now that everything counts so much.

Our task is not only to win the battle - but to win the war. After this battle in France abates its force, there will come the battle for our Island -- for all that Britain is, and all that Britain means. That will be the struggle. In that supreme emergency we shall not hesitate to take every step, even the most drastic, to call forth from our people the last ounce and the last inch of effort of which they are capable. The interests of property, the hours of labor, are nothing compared with the struggle of life and honor, for right and freedom, to which we have vowed ourselves.

I have received from the Chiefs of the French Republic,and in particular form its indomitable Prime Minister, M. Reynaud, the most sacred pledges that whatever happens they will fight to the end, be it bitter or be it glorious. Nay, if we fight to the end, it can only be glorious.

Having received His Majesty's commission, I have formed an Administration of men and women of every Party and of almost every point of view. We have differed and quarreled in the past; but now one bond unites us all -- to wage war until victory is won, and never to surrender ourselves to servitude and shame, whatever the cost and the agony may be. This is one of the most awe-striking periods in the long history of France and Britain. It is also beyond doubt the most sublime. Side by side, unaided except by their kith and kin in the great Dominions and by the wide empires which rest beneath their shield - side by side, the British and French peoples have advanced to rescue not only Europe but mankind from the foulest and most soul-destroying tyranny which has ever darkened and stained the pages of history. Behind them - behind us- behind the Armies and Fleets of Britain and France - gather a group of shattered States and bludgeoned races: the Czechs, the Poles, the Norwegians, the Danes, the Dutch, the Belgians - upon all of whom the long night of barbarism will descend, unbroken even by a star of hope, unless we conquer, as conquer we must; as conquer we shall.

Today is Trinity Sunday. Centuries ago words were written to be a call and a spur to the faithful servants of Truth and Justice: "Arm yourselves, and be ye men of valour, and be in readiness for the conflict; for it is better for us to perish in battle than to look upon the outrage of our nation and our altar. As the Will of God is in Heaven, even so let it be."